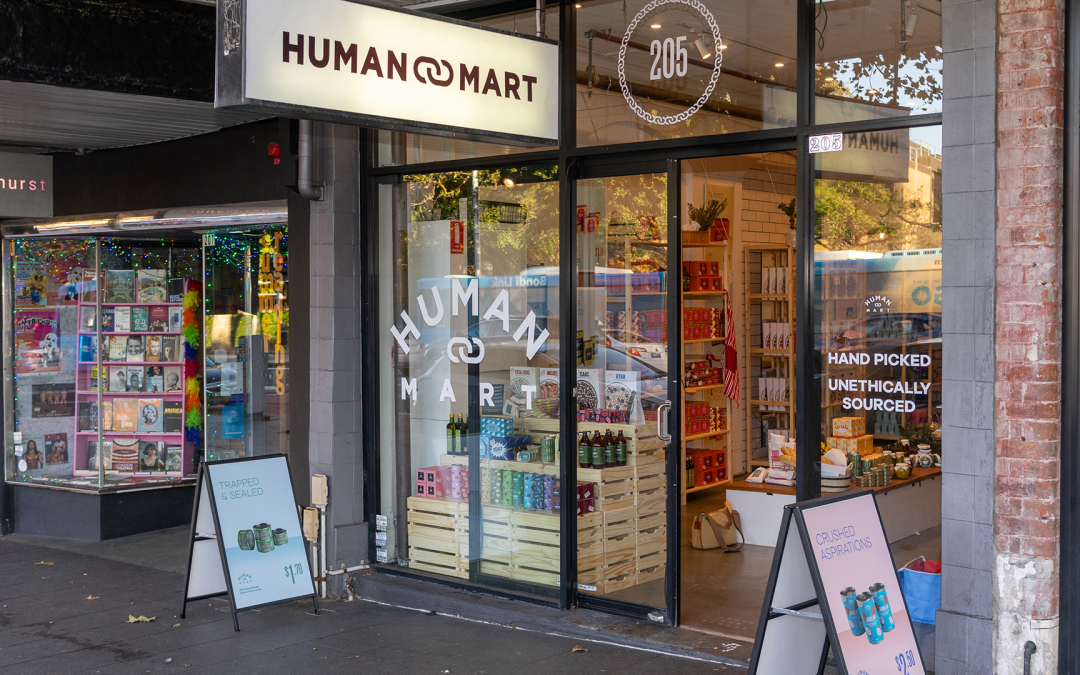 Human beings shouldn’t be bought and sold. Modern slavery continues to take place in Australia and we need your help to shed light on the issue.

Human Mart is an interactive art installation that presents as a supermarket in which nothing is for sale. Instead, each of the 61 ‘products’ bears a person’s name, and a true story of modern slavery in Australia. At Anti-Slavery Australia, we see that one of the greatest challenges to the elimination of modern slavery is that, often, people aren’t aware that it exists. Yet slavery happens here in Australia, and Human Mart is intended to show you what it looks like.

Through telling their stories, the humanity of the people who have experienced these offences is also unveiled. All the stories are taken from a variety of sources in the public domain, and have been painstakingly and carefully anonymised. In this way, the human rights and dignity of each survivor is respected by guarding their right to privacy and confidentiality which is so important to their recovery.

Human Mart is a pro bono collaboration between Anti-Slavery Australia and Coffee Cocoa Gunpowder, a marketing agency who came to us with this ambitious creative idea. With support from The Glue Society, Revolver and Candid Communications, Human Mart opened for a limited time on Oxford St, Sydney, in March 2021.  This exhibition is vitally important. Our pre-Human Mart survey showed that 66% of people are unaware that exploitation of people through modern slavery takes place in Australia.

We invite you to come and see this beautifully designed exhibition for yourself, and learn more about modern slavery in Australia. Human Mart is driving awareness of modern slavery and much needed donations to Anti-Slavery Australia to help victims and survivors. To find out more about Human Mart, how you can support the cause, or to donate to the campaign, visit: www.humanmart.com.au or @thehumanmart.